Who’s your competition? Do you know? Do you have any? How do you feel about them?

I’ve been meaning to talk about competition at work for a while, but I kept getting stuck. And today, getting stuck led me to my YouTube channel, where the algorithm served up the 1980s movie Amadeus.

If you’ve seen it, you’ll probably agree: the film is less about the prolific composer, and more about Salieri, the Venetian court composer of his time. And how this guy had a slow and torturous demise.

Why did Salieri spiral into insanity? Because he believed his work, his talent, and his contribution didn’t matter—by the end of the film, he calls himself the “Patron Saint of Mediocrity”.

So yes, this is a dramatic—on purpose—example of work-related competitiveness. But doesn’t it sound familiar, and remind you of when competition has run amok in your workplace?

To be fair, I do think competition has a way of tapping into a person’s inner drive and creativity. It makes it easier for people to push through a difficult project or meet a challenging goal. It can even help manifest team bonding through hackathons and contests.

So often, though, competition gets in the way of collaboration and fun. It’s also toxic to change, innovation, and growth the way it was for Salieri.

Here’s the good news: Since we all own a piece of creating toxic competition in the workplace, we can also own the solution.

If you’re wildly confident and unaffected by competition, skip to the “IT’S ABOUT THEM” section. Everyone else? Join me in taking a quick look in the mirror. It’s time for real talk.

I have a hunch that your first thought after picturing this person in your mind’s eye is, “Why didn’t the-perceived-benefit happen to me?”

I know, it’s a bit dark and selfish-feeling, naming who our competitor is. But you aren’t alone. As much as I’d like to think I’m a mature and generous person, I’m the first to say that’s how I react when I’m in these scenarios.

Does this resonate? And if so, how do we stop ourselves from spinning into our version of Salieri?

We remind ourselves why we’re uniquely awesome.

Take a beat to remember your unique contribution to a project, team, or organization—that thing that only you do in your own special way. Knowledge of why you matter is the balm for toxic competition. Give yourself a dose. This knowledge of your uniqueness should make you feel better, and help you go from “why not me?” to “how can it be me next time?”

“Why not me?” isn’t ever going to get the raise, promotion, or recognition. “How can it be me?” though, has a fighting chance. 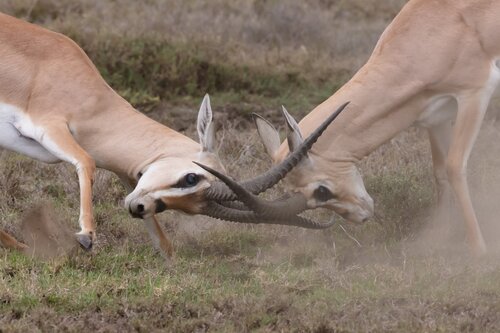 Every person on your team wants their work to matter. Don’t you? But how can people understand that they matter when you give them all the same title? And a “meets” or “exceeds expectations” evaluation? That’s akin to giving students a passing grade. Now, I’m ALL about fairness and equity, but you need to see the individual. Better yet, see the individual and show them how much more they can be.

Don’t believe me? Think about how you felt when your organization:

I’ve felt moderate to high anxiety in each of the above scenarios. If I knew why my work mattered in the organization, my fear soon dropped. But when I didn’t know, it spiked. I don’t think I need to tell you which version of me was the better team member.

“There are two reactions to being written off and left out: rage or despair. We are seeing those reactions in violence and suicide. Heartbreaking neglect and destruction of human potential.

We could change this. We could stop vilifying one another. We could make wholesale meaningful investments in education and skills training across the country — across the distinctions of race, age and geography. We could stop thinking our people are the problem. We could act like the only future we have will be fueled by aspirations of our people. The hunger to earn, learn and belong is universal.”

When we understand why we matter in this world, we can make space for collaboration and compassion and, yes, even healthy competition. And for those of you that have seen it in the workplace, you know how magical that can be.

I know I asked, “Who’s your competition?” at the start. I even asked you a second time, to help you acknowledge the toxic effect unowned competitiveness has—as an individual and a leader—and to move beyond it. But the real question is actually something else.

The real question is, “Why are you uniquely awesome?” Because you are. We just need to find out what your answer is.