Skip to content
Previous Next
How do I find my best career path?

Does anyone know who first coined the term “career path”? I couldn’t find the answer online. I even dug through various dictionaries, yet still came up with nothing. Career path has to be a modern concept. Someone had to have started it.

Isn’t it interesting, then, that despite its unknown origins, we all know what career path means? It’s the next step you should take in your journey up the ladder of success.

People ask me, “What was your career path?” and “What do you think my career path should be?” all the time. So I looked up, “How to find the right career path for me.” Here’s what my search turned up. 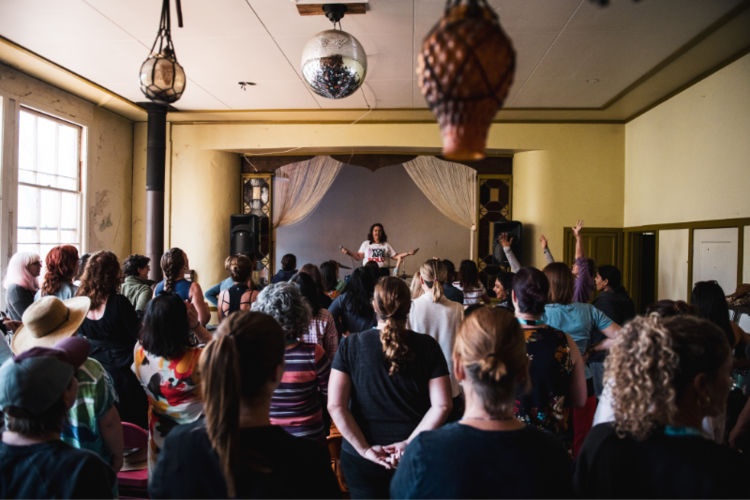 I blanched when I saw this. I’m almost annoyed that I’m giving these answers yet another platform. Why? These steps assume that the assessment, the mentor, and your network will know what jobs are going to exist in the future. If you’ve been around at all for the last decade-ish, you know that jobs exist today that no one could’ve imagined in the very recent past.

There’s got to be a better way. So for everyone asking the career path question right now, I’ve in

vented a new five-step process so you can take positive action in the face of this adversity.

Let me unpack these ideas for you.

Here’s what I’m guessing they really did (as I did many times.) They headed down a path, ran into obstacles or options, and then rerouted. Again and again. Sometimes they headed in a whole new direction. Other times they backed up and took another run at the obstacle, and occasionally, they even stepped off the path and started down a whole new one.

I’ll let you in on a secret, something no one ever tells you: There is no “right” answer. The right answer is the one that works for you, in your situation, at this time, for the future you might want. Shift your thinking from “path” to adventure, and keep your eyes and ears open for opportunities (and put your hand up for them) and you’ll do great.

I’ve talked about this one before. Take a season of Star Trek (any generation) and write down the different jobs you see. Does one look interesting to you? Or is there a technology they’re using that you’d be excited to build? SciFi is as close as we can get to predicting the future. Use it as inspiration. And no, you don’t have to be a techie to survive, both Ohura and Guinan had skills that I’d put in the human interaction bucket.

I’m always blown away by what pique’s someone’s curiosity. And I’ve seen people who followed theirs manifest all sorts of good things. Look at me: I’m here today because of my random curiosity about 3D printing. I couldn’t have planned this “path” if I’d tried.

In case you’re wondering, let me tell you exactly how curiosity links up with opportunity.

“What is that? And why does it work that way?” is probably a familiar refrain to you. (If you’re like me, you say it out loud to some unsuspecting stranger.) Now, I imagine that “if you can’t see it, you can’t be it” is also a familiar concept to you. (It means we need to be able to imagine a role before we can be in one.)

What happens when you put these two ideas together? You realize that curiosity is a prerequisite to “seeing” an opportunity. Curiosity and new roles—they work in tandem.

I’ve had career conversations with tons of people. Some have had glittering adventures, and others, they’ve hated every second of it. And the main difference between them is in how they reacted to failure.

If you’re not listening to “How to Fail with Elizabeth Day,” please go subscribe immediately. Day says, “It’s in failure that we ultimately succeed”. She’s right. The “glittering” types bobbed and weaved and adjusted their course, while the “hate it” types just kept plodding forward.

Learn from people who are willing to talk about their failures and how they navigated them. It might be just the snippet of a roadmap you need.

Here’s the last bit of advice (for now).

So often, we hear the narrative of the 80-hour workweek and setting priorities. We come across a new article about work-life balance on the regular, too—and the authors tell us that it’s either a  total myth or that it’s totally doable.

You know what? I think it’s all nonsense. I don’t think you should be striving for a balance between work and life at all. What should you be aiming for instead? A better time ratio: Less on things you “have” to do, and more on things you “could” do. And I’m talking both in traditional work and in your life.

Let me give you an example from my own life. I “have” to do the laundry each week. I don’t like doing it, and there are lots of other things I could do with my time. But I choose not to outsource the job to someone else. I also spend most of my Sunday’s working these days. But I look at this time as a thing I “could” be doing because I have outsourced keeping my home clean.

A Sunday on my laptop might sound a lot like work to you. But it’s actually my favorite day—it’s when I find myself at my most creative. If you measured my work-life balance, it would paint a terrible picture by most people’s standards. To me, though, the balance I have in my life is brilliant. Yes, there are some things I “have” to do, but in general, that list is pretty short. I’ve worked hard to make it that way.

I want you to look at your career now. Are you optimizing your have vs. could ratio?

Folks, I don’t have an answer for you on how to find your best career path. That’s the bottom line. Mostly because I don’t think they exist. Because any path someone else gives you is their idea of what your future could be.